Fish biryani is an easy and simple biryani recipe with Salmon, Coconut milk, and Spices. Apart from marinating the fish, fish biryani gets done in 30 mins. 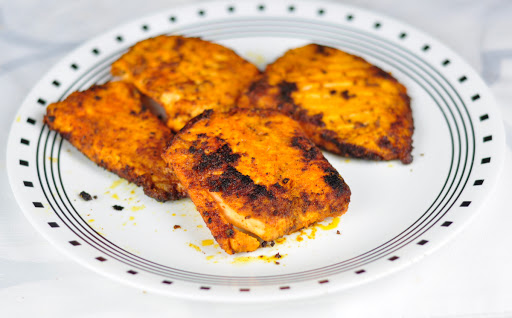 How to make fish biryani recipe?

Fish biryani is easy and simple biryani recipe to make in few minutes. Because fish gets cook faster compared to chicken and lamb. Also, fish does not require more time of marination.

The coconut milk gravy is also easy to make in ten minutes. The one thing I feel slightly down about this recipe is, using three pans for cooking. 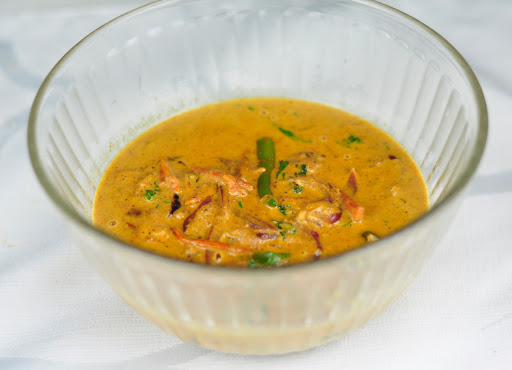 2. You can use any variety of thick fleshy fish like king fish, tilapia in this biryani. 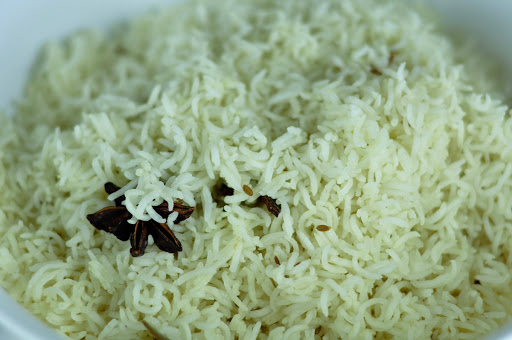 3. Use long grain rice for making biryani and soak the rice for at least 30 minutes.

4. Cook rice up to 90%, the rice consistency should be slightly grainy and soft, but not mushy. After cooking the rice with coconut milk gravy and fish by the dum method, the rice will come to a soft and perfectly cooked texture. 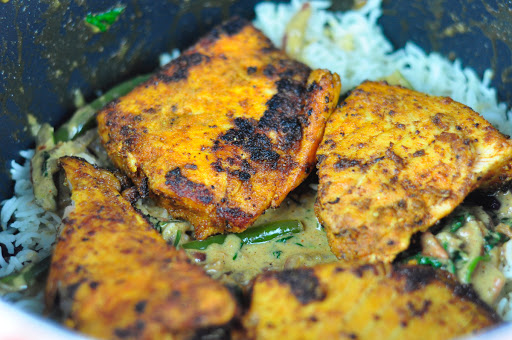 5. Shallow fry or roast the fish with the little amount of oil. Use the left-over oil after cooking the fish, for making gravy, this helps to give a nice flavor to the fish biryani.

6. You can use yogurt instead of coconut milk, but reduce adding the amount of yogurt in the fish biryani. Because yogurt has strong flavor and taste compared to the coconut milk.

7. Mix the biryani gently because the fish tends to break easily when mixing. 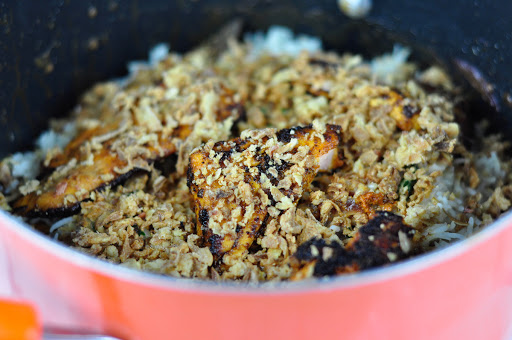 Fish biryani is an excellent treat for all the seafood lovers. The taste from fish, coconut milk, and the spices together makes a delicious biryani. If you are a fan of seafood like me, you should try this fish biryani.

I love seafood, especially salmon is my favorite that is a flaky fish with a mild flavor and huge health benefits. Also, check for the other excellent seafood recipes like a fish cutlet, shrimp cakes, fish curry, pan seared salmon and scrambled salmon. 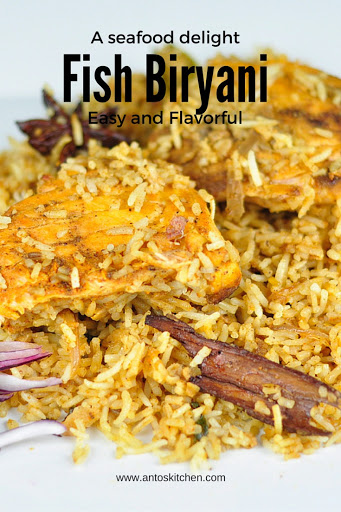 Fish biryani is an easy and simple biryani recipe with Salmon, Coconut milk, and Spices. Apart from marinating the fish, fish biryani gets done in 30 mins.

How to serve fish biryani?